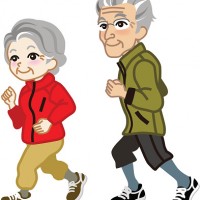 One of the activities that we talk about a great deal is the walking club; it’s on the calendar, in the newsletter, mentioned at the Circle of Elders – it’s everywhere! Right now there is one walking club at the Lodge and two at Elders Inn, and every month the residents of each building total up their distance and figure out how far they’ve come, or could have gone, and report those distances in the newsletter. Last year, residents of the Lodge collectively walked 2,943 miles!

Interestingly, a new study recently published in the Journal of the American Medical Association validates this enthusiasm for walking. In an ambitious experiment, the authors of the study measured the effects of exercise on 1,635 seniors over a period of about two and a half years. By the end of the experiment, seniors in the exercise group were 18 percent less likely to have experienced any episode of physical disability, compared to a control group which received health education only. The exercise group was also 28 percent less likely to have become permanently disabled. The authors claim that the contrast would have been even greater, if not for the fact that many seniors in the control group began exercising on their own as well.

Another important finding of the study is that the benefits of exercise extend beyond the physical. Participants in the experimental group were asked to exercise in a group setting, and the social benefits of this activity were not lost on the researchers, or the seniors themselves. Mildred Johnson, an 82-year old retired office worker, said:

“Exercising has changed my whole aspect on what aging means. It’s not about how much help you need from other people now. It’s more about what I can do for myself.” Besides, she said, gossiping during her group walks “really keeps you engaged with life.”

So get out of the house, connect with a group of local seniors, and start walking together regularly. It’s one of the best things you can do for your health, happiness, and independence. 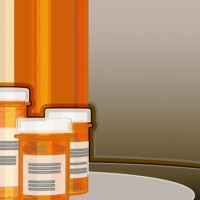 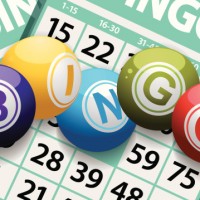