July 4th celebration for Alameda seniors at The Lodge 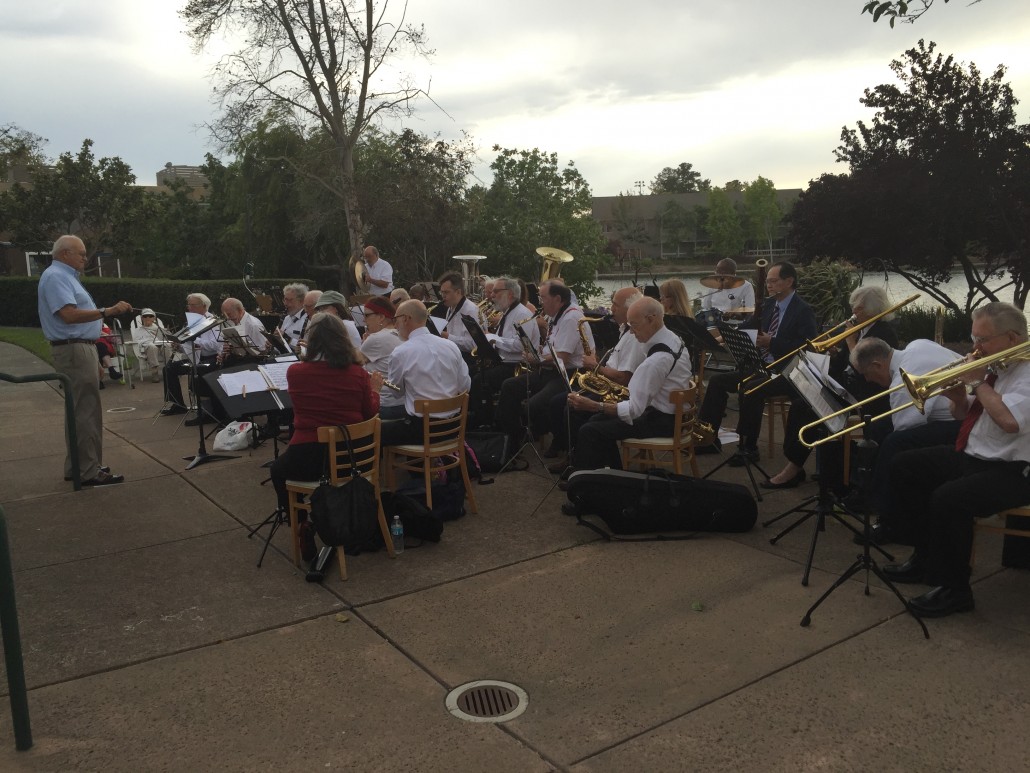 The enchanting music of American composers filled the evening air along the Harbor Bay lagoon as the Urquhart Memorial Concert Band played on July 1st for The Lodge residents and their friends and families.  Compositions by Henry Mancini, Irving Berlin and songs from Elvis Presley and other U.S. greats delighted the audience who joined the band in song for “God Bless America”.

With more than 25 members, the Urquhart Band, which was formed in 1922 to serve the San Francisco Bay area, is led by their director, Joel Toste.  In addition to playing twice a year for The Lodge and Elders Inn, the band also does special events for the Coast Guard and, here in Alameda, for the Mastick Senior Center.

Playing a wide variety of instruments-flute, clarinet, oboe, bassoon, saxophone, French horn, tuba, trombone, trumpet, drums, cymbals, xylophone and triangle-the band members have kept the tradition of annually playing patriotic music for the AEC Living communities every July for more than 20 years.  For this performance, we were able to renew the practice of having the band outside on the lagoon veranda so that our Harbor Bay neighbors could enjoy the music as well.

Thanks to all the Urquhart Memorial Concert Band members and to Mr. Toste for a very memorable evening!

Alameda Seniors Luau at the Lodge 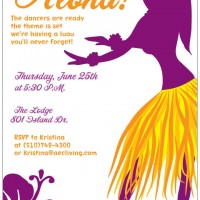 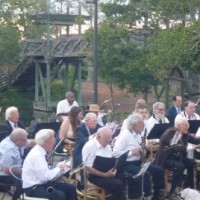