Glaucoma, What is it?

Eye care professionals use a combination of tests to detect glaucoma.  Seniors are encouraged to have these tests every two years.

An Eye Disease That Puts The Optic Nerve Under Pressure

Glaucoma, the leading cause of blindness in the U.S., is one of four major ARED’s, age-related eye diseases. It is a disorder that damages the optic nerve, the transmission line of 1 million+ nerve fibers that sends pictures from the eye to the brain. In many victims, this illness progresses silently, leading to the alias of “thief in the night.”
In most (but not all) types of this disease, the fluid that nourishes the eye (aqueous humor) cannot drain through the meshwork situated in the angle where the iris and the cornea meet. Since the eye is a closed system, the fluid builds up, as does the pressure. This compresses the optic nerve cells, causing damage. Left unchecked, the cells can die, leading to a permanent loss of vision. So it is very important to get an early diagnosis and treatment. Note: The other three ARED’s are cataracts, age-related macular degeneration and diabetic retinopathy.

There are over 3 million people in the U.S. that are afflicted with glaucoma, of which half don’t know they have it. Although, anyone can be a victim of this disease, some people face a higher risk for contraction. They include:

Eye drops are a common treatment for Glaucoma.  For tips on how to give eye drops please see Eye Drops – Caregiver Tips. 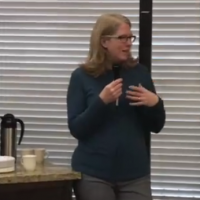 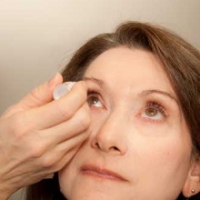