The Importance of the Senior Vote 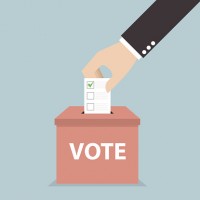 The role of seniors in every election is important, the senior vote holds power.

With every winter comes elections, the time when American citizens discuss policies, personalities and preferences most often, and seniors are no exception. The role of seniors in every election is important, their collective participation holds power. First, in a close election, every vote counts.  Second, despite significant ideological diversity within the senior population, seniors are able to come together and defend their interests by contacting their elected officials, donating money, and yes, voting. With demographics in their favor, there is every reason to believe that seniors will continue to make their voices heard, and play an active role in shaping the policies that directly affect them and our great nation.

The first thing to keep in mind is that retired people are especially vulnerable to any changes in policy made by elected officials. Social Security constitutes the majority of a senior household’s income for 53% of married couples and 74% of unmarried persons, according to the Social Security Administration. Medicare is practically the only health care option for the 50% of beneficiaries with an annual income below $22,000, according to the Kaiser Foundation. When a person’s health and livelihood are so heavily dependent on government assistance, voting becomes much more than a mere exercise in civic duty; it can make a very tangible difference in one’s quality of life.

The more salient point of this discussion, in my opinion, is the importance of civic participation. A recent book by Andrea Louise Campbell (How policies make citizens: Senior political activism and the American welfare state, 2003) makes the case that the political activity of senior citizens is a great model of a healthy democracy. Using Social Security as a central issue, Campbell shows how voting and policy outcomes become a mutually reinforcing cycle among elders. Through campaign donations, letter writing, and voting, senior citizens have been able to defeat numerous efforts to cut Social Security and Medicare benefits. Beneficial policy outcomes then serve as proof that the democratic process really is responsive, thus reinforcing the importance of political activity. In this way, senior citizens have been able to defend their hard-earned and well-deserved benefits from some very powerful corporate lobbies over the years.

The overall political activity of senior citizens has been increasing since the 1971 White House Conference on Aging and the creation of Social Security. As the proportion of older Americans that relied on Social Security as their main source of income increased, so did that age group’s participation in the political process. In her book, How Policies Make Citizens: Senior Political Activism and the American Welfare State, Andrea Louise Campbell concluded “Absent Social Security, senior citizens are a disparate group of people whose common characteristic, age, has little political meaning. Once governmental benefits are conferred on the basis of age, the group has political relevance and is ripe for mobilization by policy entrepreneurs, interest groups, and political parties.” Older voters are therefore unique in that they are a very diverse group that, nevertheless, has been willing to unite, when necessary, to defend its common interests.

Long considered the “third rail” in American politics, some may still believe that Social Security and Medicare are untouchable. Yet in our current political climate, with a rapidly increasing number of retirees and a soaring national debt, there are more and more calls on seniors to sacrifice for the common good and accept cuts in benefits. Rational people may, of course, have differences of opinion on this matter. Yet, in a healthy democracy, public policy should be determined by votes rather than special interest money, and seniors must understand the power they wield collectively through their political participation.

When a certain demographic participates at a higher rate than any other, it tends to carry relatively more political clout. This does not mean that all seniors vote the same way and thus decide elections. People do not suddenly abandon their lifelong political philosophies and vote in lockstep just because they have reached a certain advanced age. The senior vote is quite diverse, and statistics from past elections actually confirm that voting preferences among the elderly do not differ significantly from those of the general population. The lesson for the rest of us is that democracy can work. When politicians know that their actual bosses (their constituents) are paying attention, keeping them accountable, and exercising their patriotic right to vote, they will listen. If we only spent less time watching American Idol, and spent more time learning about the issues that matter most to us as a nation, we would have a government that actually works for and responds to “We, the people.” In this, as in so many other things, we would be wise to follow the example of our elders.

This article was written by Kryspin Turczynski for Alameda Senior Magazine, reprinted with permission.

Both The Lodge and Elders Inn are polling places this year. Come on in and do your part – Vote! 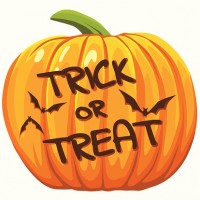 Trick or Treat on Webster Street
Scroll to top