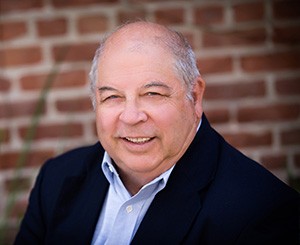 Chris’s work in senior care began in 1971 when he opened Waters Edge Nursing Home, a 120 bed skilled nursing facility and the first free standing intermediate care facility in California.  For many years Chris served as the Administrator of the facility and always cultivated a progressive approach to the care of elders. This led him to introduce a Patient’s Bill of Rights and Resident’s Council, the predecessors to the legislation the state enacted years later.  Chris was also a founding member of the Ombudsman Project of Alameda County – California’s first such program.

Chris has long been a leader and advocate for creating more compassionate environments of care for seniors.  In 1990, seeing a need for a less institutional environment for those previously cared for in skilled nursing, Chris and AZP developed and built The Lodge, a 101 unit assisted living community.  The Lodge introduced the innovative design concept of the “main street” within a care community which serves to connect larger group areas, including a café & other functional areas, and enhanced the social life and sense of community of the residents.  In 2000, he took his vision further with the development of the Elders Inn.  This time he was able to include a memory care neighborhood along with other “neighborhoods” or “clustered groupings” of residents, within a larger care community, who could eat and socialize together.

In addition to operating these three large care facilities, Chris and his family started a Medicare certified therapy agency, AES Therapy & Fitness. After observing inadequate and inconsistent therapy from outside providers to their residents, they opened their own full service therapy agency for their residents and the community at large (within a 50 mile radius).  In addition to therapy and social services that all agencies provide, they added extensive senior specific fitness programs to be able to go beyond the limits of insurance benefits and address needs in a more holistic manner.  When combined with its extensive relationships with other traditional and holistic health providers, the AEC Living organization now offers a full continuum of senior services for the Alameda and surrounding cities.

In addition to his role as a founding member of Ombudsman Project of Alameda County, Chris has served on a number of other elder focused Boards including: Alameda Meals on Wheels, Alameda Senior Council, Alameda Eye Care for the Elderly, the Committee to Design Activity Director Certification Program for Merritt College, and the Ministry to Nursing Homes of Alameda County. Chris is also proud of bringing the Aging Successfully course to Alameda to help people explore all the areas of life that must be addressed to age successfully.